Is Canada the new destination of choice for surrogacy?

At a time when many countries are closing their doors or restricting access (India November 2015, Mexico December 2015) to foreign Intended Parents, and in particular single or same sex couples, Canada is now appearing to be the destination of choice for surrogacy.  The Ukraine still remains a possibility for heterosexual married couples.

In Canada there is no provision for a Pre Birth Order as in the United States.  However once the post birth formalities are complied with, estimated time four to six weeks, a child born through surrogacy should expect to receive a Canadian birth certificate naming the Intended Parents, and a Canadian passport which will enable the child to leave Canada.  Legal advice will be absolutely necessary before embarking on such a trip as there are issues concerning terms of contract and in particular provisions concerning reasonable expenses which require serious consideration.  Cindy R. Wasser is a leading Canadian fertility lawyer.  http://hopespringsfertility.com/ 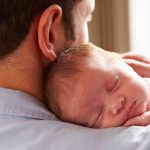