Fiona Duffy’s reputation in the area of fertility law is well recognised and respected both internationally and in Ireland. She can offer legal advice on all aspects of this emerging, cutting edge and complex area of law, including, but not limited, to advice on fertility treatment (IVF), surrogacy, donor conception, paternity, stem cell research and related matters.

GET IN TOUCH NOW

Fiona Duffy has extensive knowledge and in depth experience on all aspects of fertility law and related areas. She advises clients who have undergone or are contemplating fertility treatment/surrogacy both here and abroad. She works closely with lawyers acting in other jurisdictions where surrogacy is permitted. If you wish to obtain advice in relation to any aspect of AHR, Fertility Treatment or Surrogacy matters please contact Fiona Duffy at fiona.duffy@pforeilly.ie

Read more about AHR, Donor Conceived Children, Surrogacy and the future around regulation of these areas in Ireland by clicking on tabs below.

Assisted Human Reproduction is not specifically regulated in Ireland. The Irish Medical Council, the body responsible for the regulation of registered doctors in Ireland is charged with producing a Guide to Professional Conduct and Ethics for Registered Medical Practitioners on a regular basis. The latest guide (8th) is dated 17th May 2016.  This guide provides guidance to doctors on their professional conduct and ethics in all areas of medicine including Assisted Human Reproduction.

The EU Tissues Directives of 2004 and 2006 have been transposed into Irish Law. Their main purpose is to regulate activities concerning and consisting of the donation, procurement, testing, processing, preservation and storage for distribution of tissues or cells for human applications. Any establishment which carries out any such activity is required to be authorised by the Competent Authority. The Irish Medicines Board is the competent authority in this jurisdiction.

Parts 2 and 3 of the Children and Family Relationships Act 2015 contain provisions on parentage in circumstances where a child has been conceived using donor gametes.  While most of the remainder of the Act came into force in February 2016 Parts 2 and 3 have yet to be commenced.  The Act places an obligation on fertility clinics providing DAHR services to retain certain information and records.  It also provides for the establishment and maintenance of a National Donor-Conceived Person’s Register.

Notwithstanding that Parts 2 and 3 of the Act have not been commenced the following provision is contained in the Irish Medical Council’s new Guidelines:-

“If you offer donor programmes to patients, you must have strong governance structures and keep accurate records so that the identity of the donor can be traced.  Donor programmes should be altruistic and non-commercial.  You should also comply with industry accreditation standards for donation programmes.”

There is currently no legislation governing Surrogacy in Ireland. The position of the commissioning mother or second parent is precarious.  The commissioning mother is not recognised under Irish Law as the mother of the child, irrespective of whether or not she is genetically related to the child.  In addition only the genetically related male can have his parental relationship with the child recognised by making an application to the Court for an Order of Declaration of Parentage.  Being declared to be a parent he can also, as parent, apply to the Court for a Guardianship Order.

The birth mother is, under Irish law, the mother of the child.  There is no legislation under which the parental relationship of the commissioning mother/partner is recognised.

The High Court was asked to consider these issues in circumstances where the genetic / biological mother sought to be registered as mother on the birth certificates of twins born through a surrogacy arrangement in Ireland. The babies were conceived through the fertilisation of the commissioning mothers’ eggs with her husband’s sperm. The resulting embryos were then implanted into the womb of the sister of the commissioning mother and carried to term. Even though the birth mother’s eggs had not been used in the creation of the embryos, and she is not genetically related to the twins, she is registered as the mother of the twins on the birth certificates.

The High Court decision delivered on the 5th March 2013 found on the facts of this case for the commissioning mother and made a declaration that she was the mother of the twins. This decision was overturned on Appeal to the Supreme Court.  Judgement was delivered on the 7th November 2014.

When the Supreme Court was considering these issues the State indicated its intention to legislate for surrogacy.  The Heads of a Bill containing provision for surrogacy was published in February 2014.  Unfortunately when the Bill was finally published in 2015 it contained no provision whatsoever for regulating surrogacy.

For the commissioning second parent the only ray of hope for the moment is contained in Section 49 of the Children and Family Relationships Act 2015 which came into force in February 2016. Under Section 49 it is now possible for the court, subject to certain pre-conditions, to appoint a person, who is not a parent of the child, as a guardian of that child.

While this falls short of being appointed a parent, it provides for recognition of the relationship which that person has with the child which he/she has been caring for.  It does not however create a parental relationship between the non-genetic commissioning parent and the child.

As this application cannot be made until a period of two years during which the child has been living with and cared for by the second parent it is advisable that the biological commissioning father would appoint his spouse or civil partner as a testamentary guardian of the child in the event of him dying.

On the 25th February 2015 the then Minister for Health, Leo Varadkar, announced that the Government has agreed to prepare new laws to regulate surrogacy and the broader area of assisted human reproduction and associated research.  It is believed that work on such a Bill continues under Minister Simon Harris.  The Heads of a Bill are still awaited.

Not all Irish couples have a family member prepared to act as a surrogate.  Presently IVF clinics in Ireland are not providing surrogacy services, as a result Irish couples desperately wanting to have children through surrogacy are travelling abroad for fertility treatment.

International surrogacy creates additional difficulties and problems as to the legal status of the child, parentage, citizenship and guardianship.   In circumstances where the proposed legislation can only govern assisted human reproduction and surrogacy in Ireland, one can only speculate as to how the State will view the position of Irish couples who go abroad to avail of such services and the legal status and standing of Irish children born abroad through surrogacy.

India is no longer permitting surrogacy for non-nationals.  Surrogacy is legal and regulated in Ukraine and in some States in the USA and Canada.  These countries have become the destinations of choice for many Irish couples.

Fiona Duffy has extensive knowledge and in depth experience on all aspects of fertility law and related areas.  She advises clients who have undergone or are contemplating fertility treatment/surrogacy both here and abroad.  She works closely with lawyers acting in other jurisdictions where surrogacy is permitted.  If you wish to obtain advice in relation to any aspect of AHR please contact:-

If you have a query in relation to fertility treatment or surrogacy matters please contact Fiona Duffy at fiona.duffy@pforeilly.ie

Why is the 4th May 2020 important? From that date all donor conception procedures must be carried out strictly in accordance the provisions of the [...] 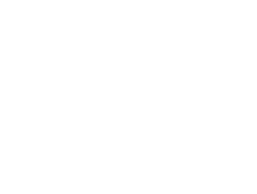 Parts 2 and 3 of the Children and Family Relationships Act 2015 to commence on the 5th May 2020. The Department of Health has announced its intention [...]

The Law Commission of England and Wales and the Scottish Law Commission have today issued a joint consultation paper on surrogacy. It is accepted in [...]

Same sex couples to be recognised as parents of children

Press Release by Department of Health – 26 June 2018 The Minister for Health has today received approval from Cabinet to draft a standalone [...]